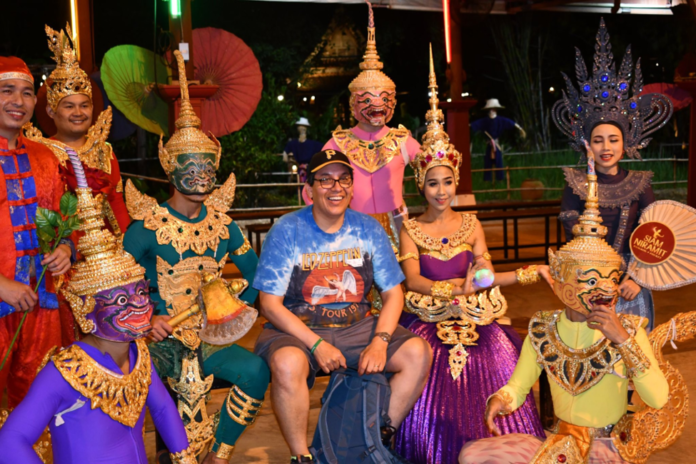 Long known by its moniker, Venice of the East, Bangkok receives more annual visitors than Paris does (including nationals). It is the Fun City by excellence. “Fun” is counterintuitive for a city that harbors 400 temples (or wats).

Just imagine 8 million people (12% of the country’s population) packed in an area of 605 square miles (0.3% of the surface area of the entire country) and driving 9.7 million cars and motorcycles. It a perfect recipe for stand-still traffic and air pollution. They do exist in Bangkok. Not any different from Manhattan, and that is the bad part.

The good part is the fact that everything is cheap in Bangkok. Moreover, there is too much fun to be had in Pat Pong (the red-light district) and even in less liberal quarters.

All new visitors have a jaw-dropping reflex when they first encounter the magnificence of Thai art and architecture. A visit to China, India, Japan, or any major Asian city, does not prepare you a bit for what you will see in Bangkok; it is a different world and a different culture; almost surreal.

Bangkok, called Krung Thep Maha Nakhon by the locals, was founded in the 1400s, as a small village, under the control of Ayutthaya, the mighty city of the forebearers. Due to its location at the delta, it attracted passing traffic and soon became a prominent trading center. When Ayutthaya fell in 1767, it became the shoo-in replacement for the commerce with the Europeans and the siege of the monarchy.

Thailand was allied with Japan during both World Wars. Bombed by the victors, Bangkok was never destroyed or occupied.

Today, the city has all you want: art, fashion, entertainment, culinary experience, palaces, monasteries, museums, culinary experience, incredible shopping, on the backdrop of 600 years of a flourishing history. It is also the capital of bars, pubs, clubs, and of too much sex going around…