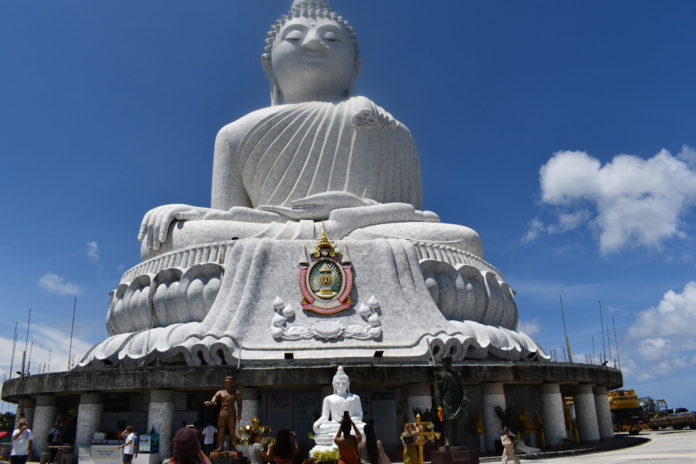 “Traveling – it leaves you speechless, then turns you into a storyteller.” – Ibn Battuta

It is telling when 91 travelers to the Land of Smiles repeat effusively the same goodbye gestures and refuse to leave the airport. It happened yesterday, around midnight, at the conclusion of what will be remembered as a fast-paced, shock full 8-day dream trip to Southeast Asia, produced by Travel O Ganza, the Travel Club (TraveloGanza.com)

During that trip, the group flew a minimum of 38 hours, visited two cities. Physicians and nurses were served with 16 intensive hours of lectures and discussions on systemic hypertension. The travelers enjoyed 11 sightseeing and city tours, two full-day excursions, two major world-famous shows, three dance parties, two red carpet dinners, one gala, etc. It was a 17-hour a day program that covered 117 hours of culture, education, fun, and entertainment.

Today they are jet lagged and exhausted.

They learned too much. They learned about the ethnology of Southeast Asia, the migration patterns of the Tai-speaking populations and of the Khmers, the dynasties that led Siam, the variation of the monsoon, the shifting alliances of World War II, the Cold War as it played in Asia, the break-neck pace of the Asian emerging economies, the make up of the largest world trade zone…

They were on two river cruises. They trekked the elephants. They partook to a tuk-tuk racing cavalcade. They were at the Rose Garden, the Grand Palace, the Crocodile Farm, the Ancient Siam, the Reclining Buddha, the Big Buddha, Patpong, Patong, the beaches. They immersed in Ayutthaya, the Old City.

They had in-house custom-made clothing done. Collectively, they spent a few millions Thai Baht, on a massive shopping spree, in a world bargain market for shoes, bags, jewelry, clothing, and souvenirs.

They stayed at two palatial resorts: the Anantara Riverside in Bangkok (idyllic), the Angsana Laguna in Phuket (paradise on Earth).

Today, they are jet lagged and exhausted. But they are already plotting an encore in Buenos Aires, Argentina, next year, in October. You should join the party.

THE DAY THAT DID NOT END (IN THAILAND).