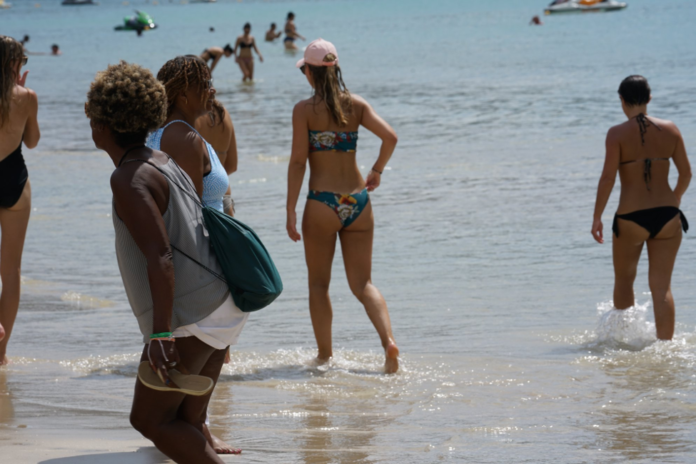 Americans heard of Phuket for the first time, on December 26, 2004.  The island drowned in the waves of a tsunami originated in the Indian Ocean killing 250 people, among them dozens of tourists. In mainland Thailand, 5,300 fatalities were reported.  The total number of victims, in Southeast Asia, rose to 220,000. Today, the resort island has been entirely rebuilt. The tsunami is a distant memory.

Phuket is the largest of the 1430 Thai islands. It measures 535 sq. miles. Its population is estimated at anywhere between 350,000 to 600,000, swelling to one million during the peak touristic season, in December. Its economy is based on rubber production and tourism. It welcomes 10 million visitors every year, most of them are Chinese. Phuket’s economic output makes up 14% of the national GDP.

Vacationing in Phuket is a treat. The isle is home to sprawling sophisticated resorts. It is loaded with attractions and all sorts of entertainment that fit the single and the wedded, the young and the old, the loner and the family. Besides its world-famous Pa Tong Beach, it offers great restaurants, attraction parks, and all the night life you can use. It is surrounded by a few islands that give you the opportunity to stay off the beaten path, or simply in solitary confinement.

Among Phuket’s sister cities, there are Nice, Las Vegas, and Macau.

On Monday morning, the group checked out at 3:00 AM, as per schedule. Thirteen members stayed in bed, they will take the 12:45 PM Cathay Pacific flight, on their way back to New York.

Job obliges. They will be missed.

Packed breakfast waited for the early travelers at Anantara’s exit portal.  The three buses pulled out a few minutes after 4:00 AM. Goodbye Anantara Riverside. Many thanks for your extraordinary hospitality.

Two hours later, the group was at their gate at BKK Airport. Thai Airways, Flight TG201, took off at 7:40 AM. It was a huge double-decker, with a set of friendly and attractive attendants. It is a pity that the flight did not last long. It was just a one-hour hop into Phuket International Airport (HKT).

At the arrival gate of terminal 3, the staff of Phuket Easy Tour was waiting, with Travel O Ganza logo signs. The group received a warm welcome.  Then, with no pause and no rest, the Phuket city tour started.