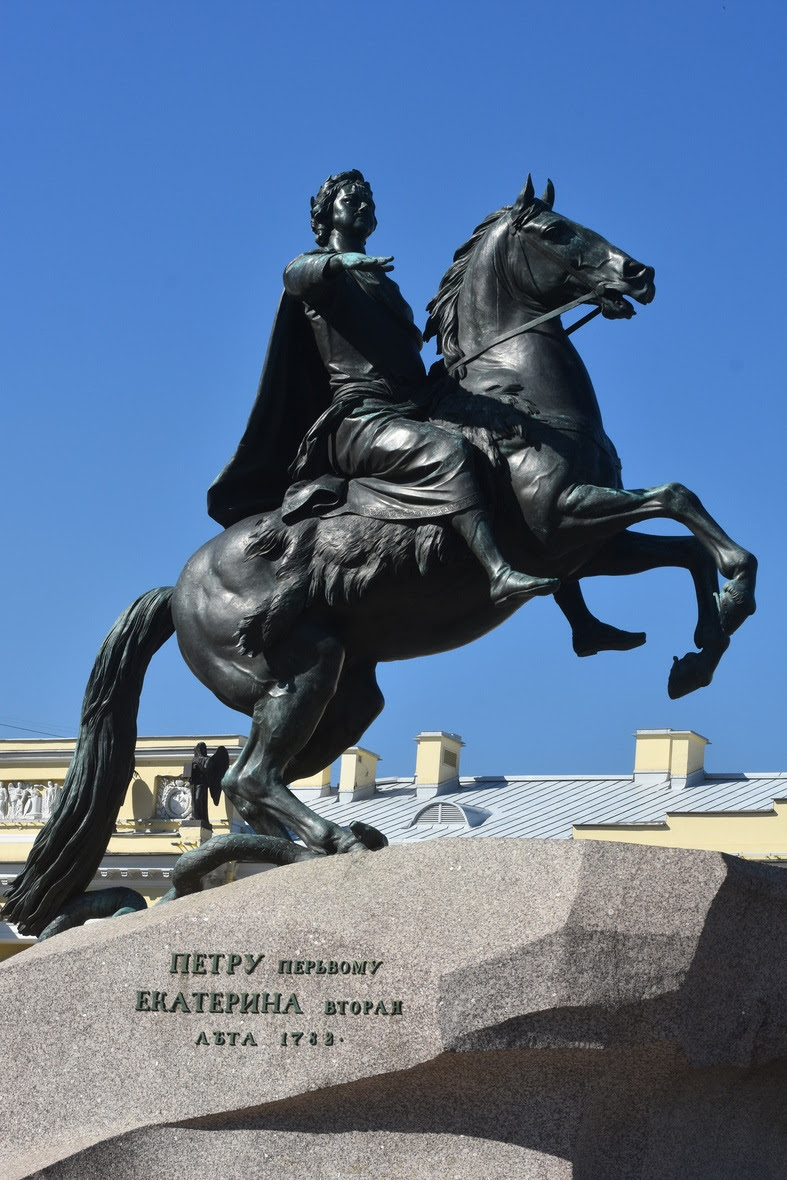 “St. Petersburg is a gem of world culture and Russia’s most European city.”
Valentina Matviyenko

After spending a day in Saint Petersburg, you will very likely wonder “Why do I have to spend so much time in London or Paris?’. The City of Peter the Great is wholly magnificent and broadly reflects the petulant soul of its dwellers.

This afternoon we landed at Pulvoko Airport, at 1:20 PM.  Having taken off from Moscow after 12:00 noon, that makes it the shortest flight I have been on, at least for the last decade.  The departure from Moscow was uneventful, if we set aside the facts one of the buses came late and that we got stuck in traffic by the Kremlin, for a solid half-an-hour.

At the airport, we met Kate and Diane, two nice-looking young ladies in their 20s. The two, Saint Petersburg natives, fluent in English, will be our guides.  They soon displayed their deep knowledge of Russian history, their familiarity with the city landmarks, and their alacrity to educate and entertain their clients.

From the airport, we headed to Katyusha Restaurant, for lunch.  The venue is in the historical part of downtown.  We had to fend off vendors and football fans to get to the entrance.  The food was good and inexpensive; this is the kind of place you adore to eat at lunchtime on workdays.

We had a warm welcome at the Saint Petersburg Marriott Courtyard…

At the bar next to the check in counter, we watched Uruguay defeating Russia (3-0), enough for both squads to advance to the knockout phase. Simultaneously, Saudi Arabia obtained some redemption by beating Egypt (2-1).  Mo Salah’s teammates were super-confident that they would move to the phase of 16.  Instead they crashed out in group play, by losing all their three games! Bye Egypt!

Later, Spain narrowly escaped disaster by tying twice during their matchup with an indomitable Morocco (2-2). The last two goals were scored during the last ten minutes!  Simultaneously, Portugal also qualified, by a hair’s breadth, after Ronaldo missed a penalty. Most of us watched the double header at the FIFA Fan Zone (Fan Fest), strategically situated in  Konyushennaya Square.

Our rooms at the Marriott, though comfortable, are smaller than the double deluxe accommodation that most of the group had at  Palmira Business Club in Moscow.  We are nevertheless happy to have thick double curtains at the windows. They are indispensable at night for restful sleep, since the sun never sets during the summer (white nights).

From the Courtyard Marriott, this is the Traveller reporting from Saint Petersburg, capital of former Imperial Russia…