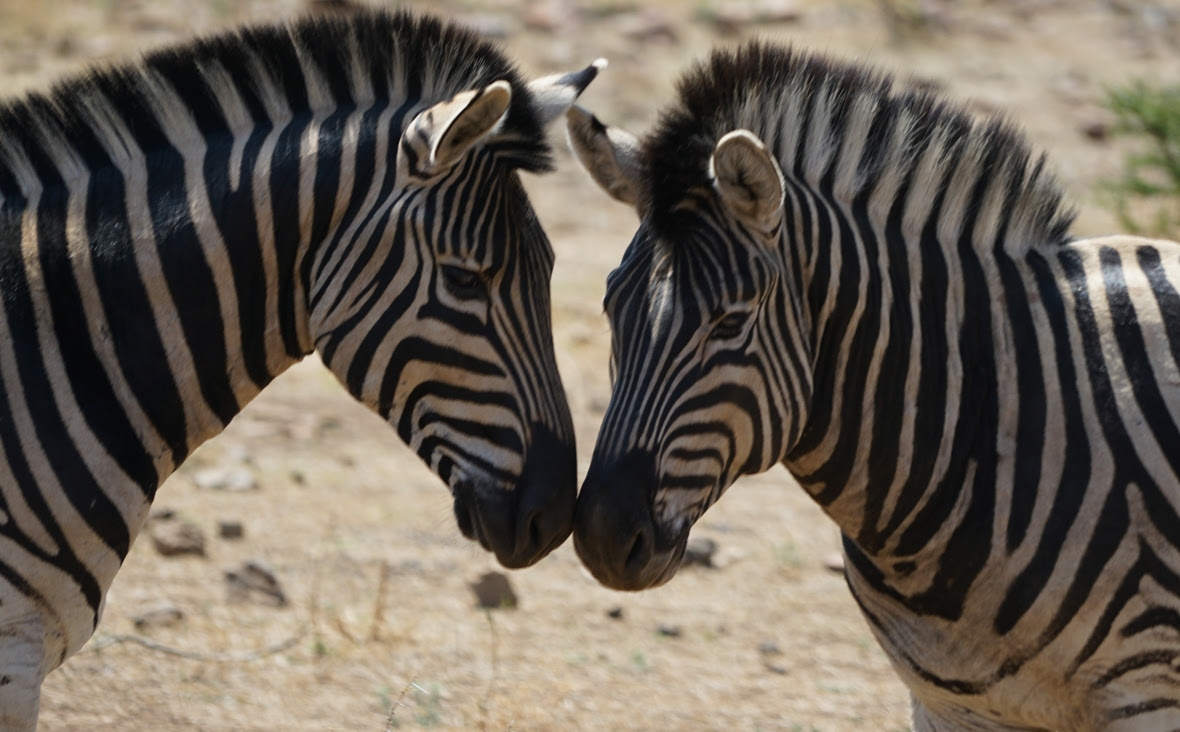 “There is something about Safari life that makes you forget all your sorrows” Isaak Dinesen.

By 9:00 AM, we were already at Pilanesberg.  The drive from Rosebank took about three long hours. At most, we only had four hours of sleep in our first night in South Africa.

The majority the group was dressed as explorers; they really took their safari seriously. It was to wonder if anyone was en route to discover the eighth continent.

For the game (the chase) we were supposed to capture (with our cameras, of course) the Big Five. Onboard of maxi jeeps of 20, we wandered in the park were the animals live in their natural habitat.  We did see all  Five: lion, elephant, rhinoceros, buffalo and leopard….  The leopard was the most difficult to capture… He kept hiding behind a large bush… Then suddenly he rushed down toward the cars, creating some panic.

The giraffes are the most interesting; they walk so elegantly reminding us of models on the runway, wearing high heels.

Pilanesberg National Park is not an amusement park.  At 221 square miles (572 square kilometers), the Game Reserve is larger than any of the 16 smallest countries registered at the United Nations; these include: Monaco, Malta, Maldives, Grenada, Barbados, and the Seychelles Islands.

The park is home to more than 50 large mammals and many smaller species.  We captured antelopes, kudus, impalas, and wildebeests.   We learnt a lot about these species.  Do you know for example, that a cheeta can run at 100 km/h?   Do you know that the stripe pattern of a zebra is unique as is a set of human fingerprints?

We had lunch at one of the restaurants built in the middle of the park. The place can accommodate around 200 convives, half of them in open air. The food was delicious. We cannot tell much about the prices since the meals and the service were pre-paid.

The trip back to Jo’burg lasted an eternity, due to rush hour traffic.

At night, we continued the safari adventure by dining at world renown Carnivore. The restaurant is akin to a small museum. It is decorated with sculptures, statues, paintings, etc. Our group of 100+ filled up the place.

We ate regular meat, such as beef, lamb, sausage, and pork. But we had plenty of weird stuffs dropped in our plate, such as pieces of deer, rhinoceros, kudus, and caracals.  But when the server offered me some crocodile.  I said no. Just imagine the crocodile growing back in your large intestine, it is like “Alien 4”.

Some ended the night, till the early morning, at Cocoon, a club located 5.3 miles away from the Plaza.

ON MY WAY TO SOUTH AFRICA

FROM NEW YORK TO JOHANNESBURG.