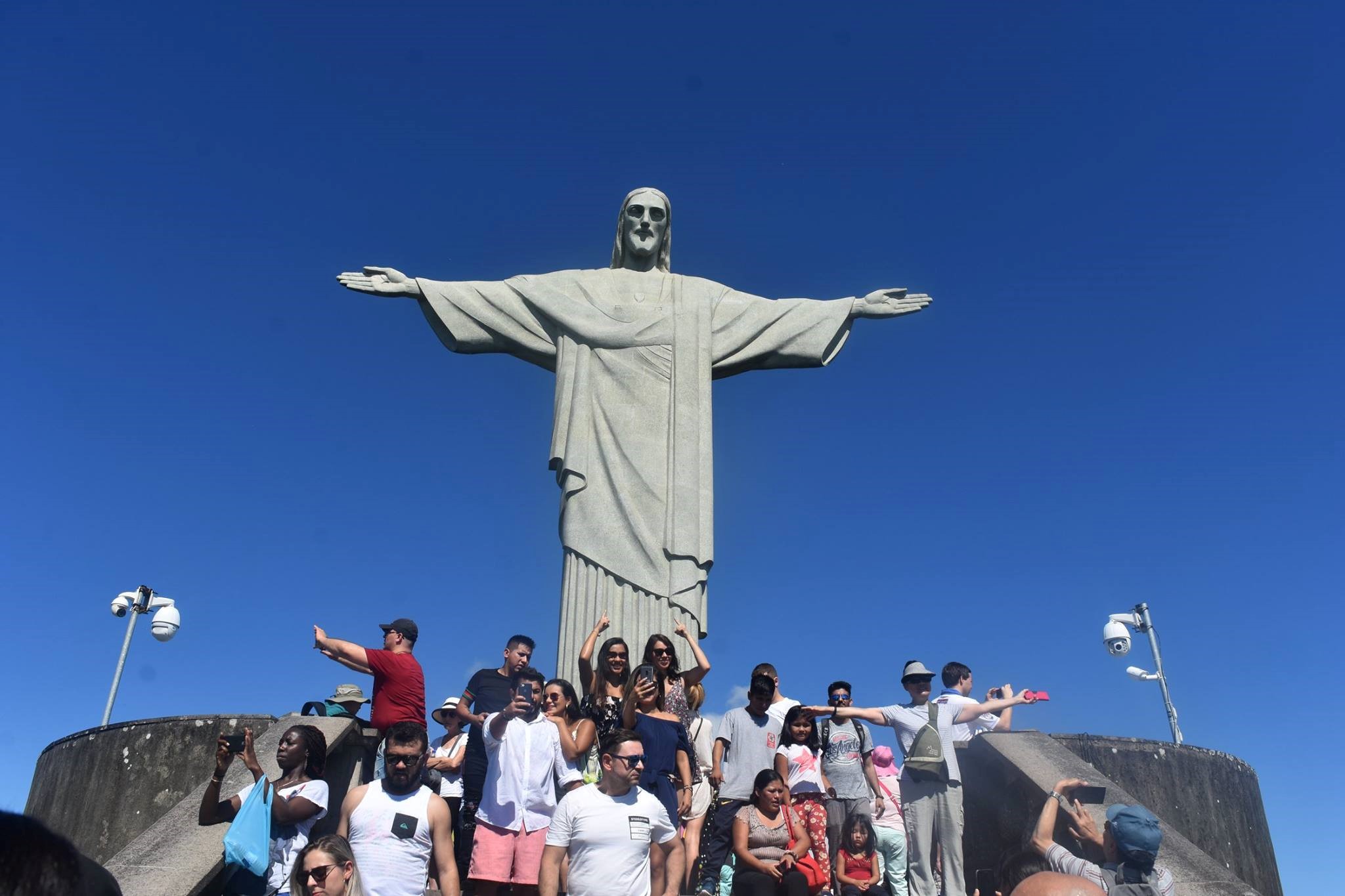 A regular visit to Rio de Janeiro involves paying due time to the Christ Redeemer perched on top of Corcavado Mountain. The famous statue, 38-meter tall (with its pedestal), has a span of 28 meters due to his stretched arms. The Cristo de Corcovado was built by Heitor da Silva Costar and inaugurated in 1931.

It has become over the years a symbol of Brazil. However, it is no longer among the ten tallest statues in the world. The tallest is the Buddha, at the Spring Temple in China.

After three hours of sleep, the Group was out to Excursion Day 1. It was 7:30 AM. The tramway took 20-min to take us to the top of Corcovado. From that vantage point, the panorama of the city is stunning. For many first-time Brazil visitors, taking a picture in the shadow of the Cristo yields a check-mark on their bucket list.

The Group had a feijoada lunch at the Scenarium, a samba school, conveniently located on Rua de Lavrador. Feijoada is a typical Brazilian meal, with an international origin. It is a stew of several ingredients including beans served with pork. It is delicious.

While eating lunch, on the open second-floor restaurant we enjoyed the sounds of Samba music played a band on the first floor. Soon, some of us joined the improvised party. Others took a stroll down Rua Lavrador, the site of a street market, obviously designed for international visitors.

In the city center, we spent two hours at the Shopping Rio Sul mall, located in Botafogo.

The engouement of the Brazilian crowd for the Americanas, a retail chain, selling American products was interesting to observe. Just think of a K-Mart in Brazil.

The carnaval Samba competition is the main attraction of the annual Rio carnaval. Every year, all the 70 Samba schools in Rio, partake to it. The challenge lasts 4 days, from Friday to Monday. The result is announced on Ash Wednesday. The following Saturday, the top six are invited to the Parade of the Champions at the Sambadromo.

This year, Mangueira won the competition. Followed in order: Viradorou, Villa Isabel, Portela, Salguiera, and Mocidade. All six participated to the 2019 Parade of Parade of Champions, on Saturday. The Group was in attendance, in a prime location, across from the from judges camarote (lodge).

The spectacle lasted nine hours, from 10:00 PM to 7:00 AM. The evidence was agreed upon: the Parade is the greatest on Earth. There is no word to describe it with accuracy. No video, no picture will make justice of this pageantry, an unmatchable display of imagination, creativity, intellectualism, talent, music, dance, and sheer splendor.