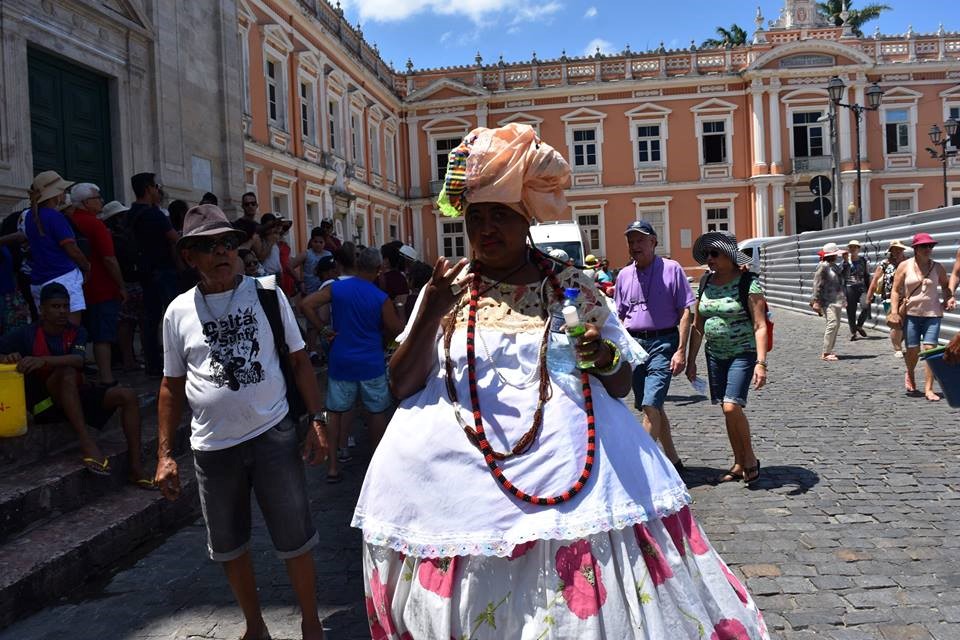 “No matter what, people should come to Salvador. Even people who are afraid to travel, who say, Oh, well, but I hear…” Anthony Bourdain.

It is very difficult to explain Salvador.  It is almost impossible to explain why so many travelers fall in love with this city.  It is true that the city it the birth place of Denilson, Ze Roberto and Dani Alves, but also the birth place of Ivete Sangalo, Claudia Leite, Margareth Menezes, Daniela Mercury… Salvador breeds talent and art, inspiration and energy, color and music…

Salvador da Bahia, founded in 1549 by Tome de Sousa, was the first capital of Brazil. For 250 years, it was the soul of the colony, the jewel of the crown of Portugal, and the most important city of South America.  It was the center of sugar world production, therefore highly coveted by all the colonial empires.  It received tens of thousands of African slaves every year.

In 1673, the city was abandoned for the South, where the gold rush was happening.  For more than 100 years, only the blacks remained in Salvador. The city evolved in isolation, hosting an exclusive black population.  As a result, today, Salvador is more African than many African metropolises.

With 3.2 million inhabitants (80% blacks) it is the third largest Brazilian city.  The dominant culture is African. The religion is a syncretism of Catholicism and Candomble.  The carnaval in Bahia is by far the largest street party in the world. For the week preceding Ash Wednesday, more than three million revelers, among them one million visitors, occupy the streets of Salvador, in a fiery festival of songs, dances and debauchery.  Last year, the festivities were broadcast to no-less than 138 countries. Quem diz melhor?

Though Salvador suffers from chronic high unemployment, the situation has been improving of late.  Business, manufacturing, tourism have been on an uptake. New plants, hotels and malls, attracted by a perfect yearlong weather and cheap labor are sprouting all over the Northeastern capital.

The city is full of places to visit and enjoy: beaches, restaurants, parks, museums, libraries, malls, theaters… On top of all that, in Salvador, there is always a party going on somewhere. Just consult local listing and your concierge.

And once again, remember:
(1) Bahia cuisine is mouthwatering.
(2) Guarana drinks prolong life and revigorate the weak and the feeble.