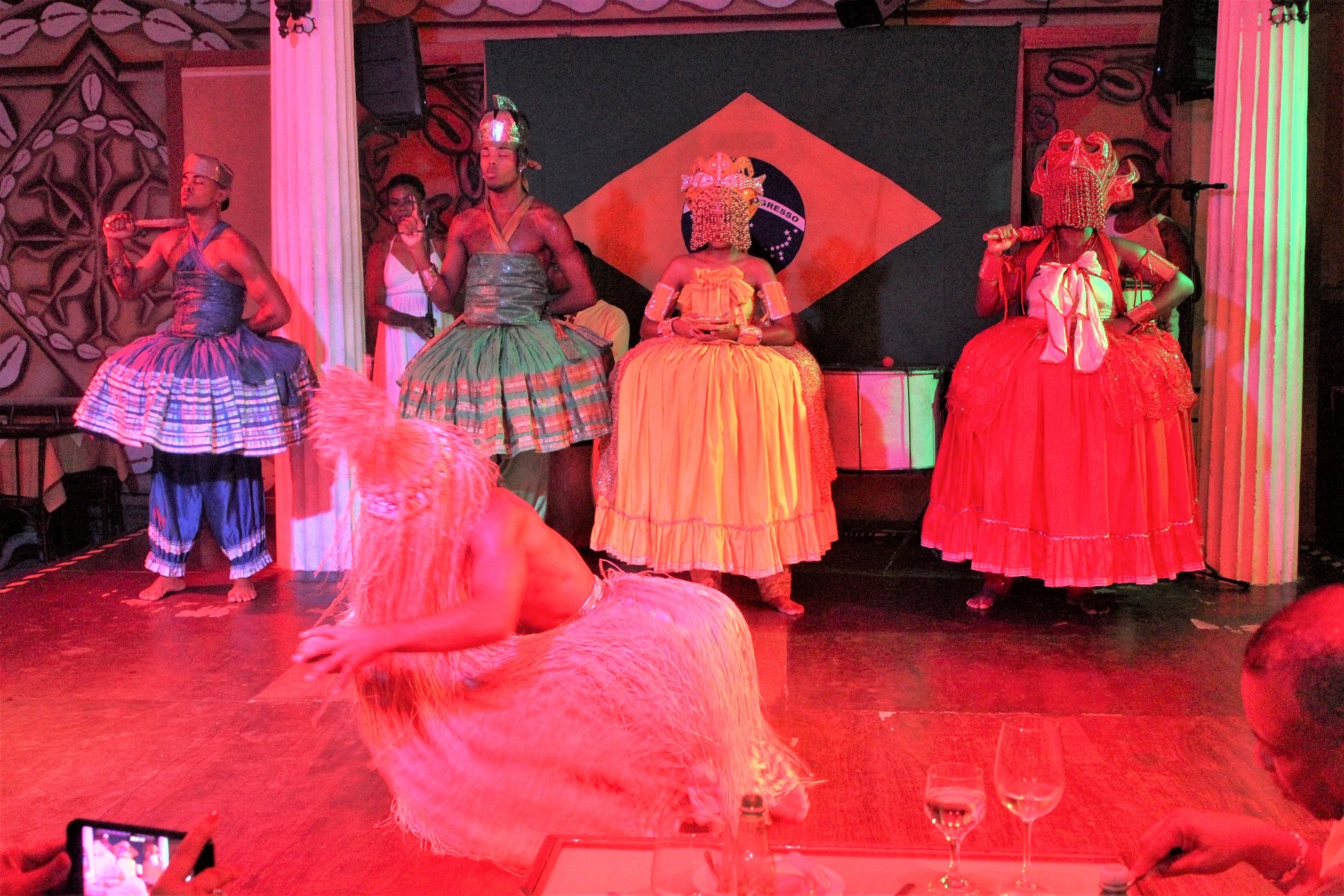 The international visitor has much to experience, alongside Salvador’s exotism. Pelhourinho, the Old City, by itself is worth a trip.  You will take a walk into the past century, strolling on plazas, admiring 400-year old buildings and monuments.  You will stop at souvenir shops, vendors’ carts, merchants’ display.  In Pelourinho, you will feel like on a movie set.

Pelourinho is named after the pillories that used to occupy the plaza located in the city center. These instruments of tortures were set to discourage and frighten the slaves. African slaves judged to be lazy or rebellious would be attached to the wooden device.  Their head and hands would be locked in the ad-hoc holes.

The rest of their naked bodies would be exposed to hundred of lashes.  Sometimes, they would be left there to die from pain and hemorrhage. Often, they would be dragged back to the plantations, beaten along the way, and forced to resume work immediately, in a state of inanition with nothing to eat or drink.

You will visit the Bay of All Saints, churches and palaces, restaurants and market places. You will ride the 72-meter Lacerda Elevator between the Lower City and the Upper City. You will spend a long time at Mercado Modelo, the #1 handcraft market in the Americas.

After visiting Pelourinho, the Group moved to Boi Petro Prime, on Avenida Octávio Mangabeira for lunch. At the door, the Group was met by two sophisticated concierges in uniform.  The restaurant, spacious and well decorated, offers the best rodizio-churrascaria in Salvador, alongside an assorted buffet. For many, it was a first experience, wonderful. Dessert came profligate and diversified.

After a short but deep shopping spree, we went for a dinner-show at the Coliseu, back to Pelourinho. The venue closes in post-carnaval week. The management was nice enough to open the doors for their 57 Travel O Ganza guests from America.

The menu was entirely typical Brazilian.  The show was out of this world, in the pure tradition of Bahia Axe (pronounce “ashay”), rooted in the oral traditions of Western Africa. During 75 minutes, the Group was offered a jaw-dropping spectacle performed by a cast of two dozen gifted young artists. At closing, they pulled to the stage a number of  audience members who then received an accelerated tutoring in African ethnochoregaphy…

Sweaty, satiated, and saturated, we hit our bed at Fiesta Bahia Hotel, in Pituba, dreaming of a world where angels and archangels are African, have no wings, and dance the tune of “Zora, Zora…”  That was our most restful night in a week.