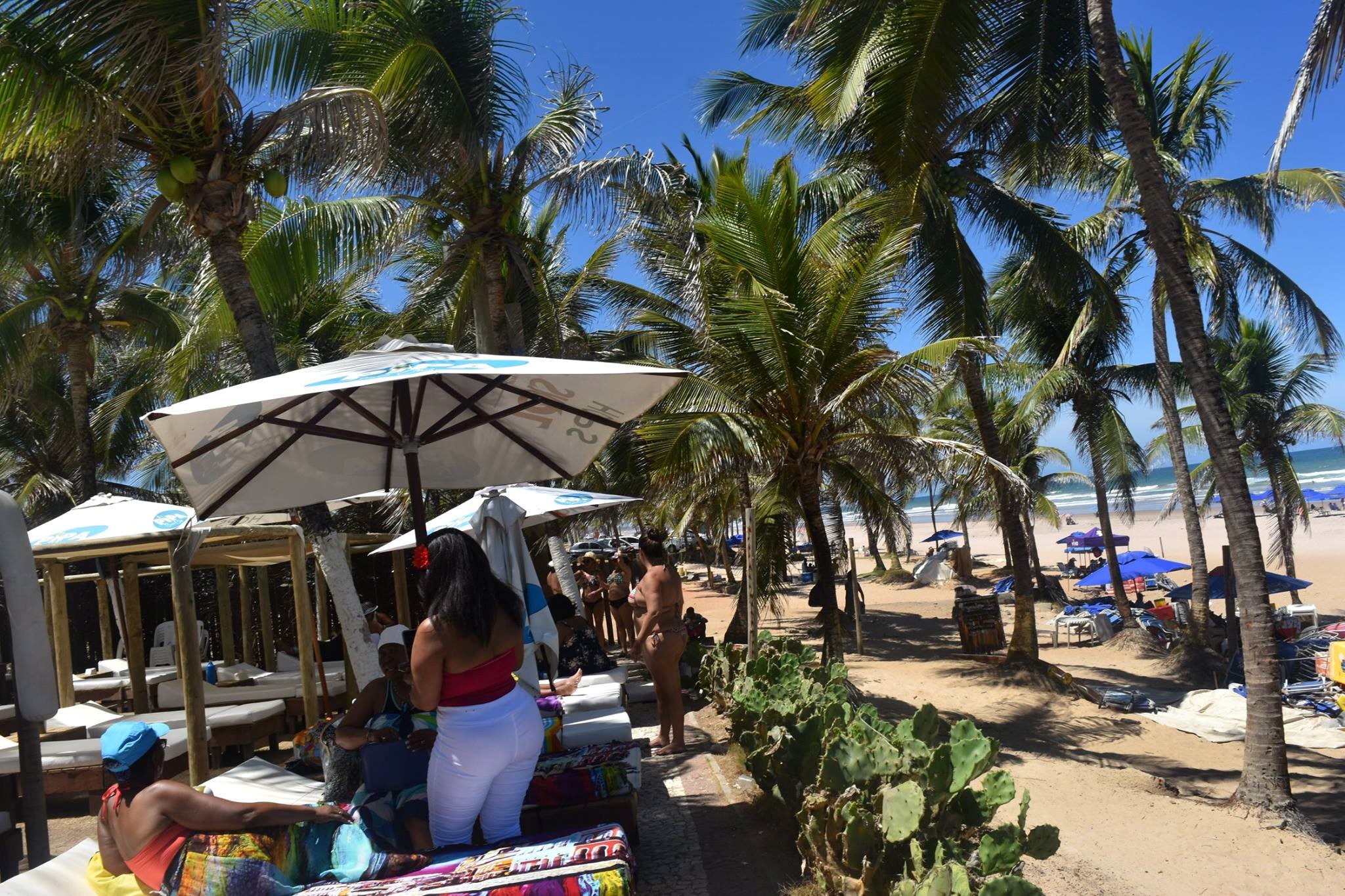 The two large Arembepe buses could not come close to the Candomble temple.  They stopped 100 yards away.  The Group had to walk to the edge of an escarpment, then go down a steep slope toward the majestic gate of the white house of worship built below street level.  The gate opened. The travelers descended at least two dozen steps before reaching the reception area of Terreiro Mokambo, the temple dedicated to the Dandalunda, the African deity.

We were welcomed by the Pai (grand priest) Anselmo Jose da Gama Santos, flanked by two priestesses. For an hour, in a conference area, we listened to the expose of the Pai. He recounted the Bantu origin and history of Candomble, the Bahia variety of Macumba, the African religion practiced in Brazil.

We asked many questions. We visited the Fountain of Life. We peeked at the oratories of the gods. We ate typical Brazilian food used at offerings, prepared by female cooks dressed in large multi-layered white dresses, and wearing white headscarves. We then packed a booklet home.

That was a two-hour wonderful cultural endeavor, spent with the insiders of the original African religion. It started five thousand years before Christianity. It served the Africans kidnapped from their home and land and reduced to abject and cruel servitude. It helped them surmount adversity, and keep the faith in an unlikely future of freedom and dignity.

Then we headed toward the Flamengo Beach.

In Salvador da Bahia, away from Pelourinho, you will enjoy the beaches. They stretch on an incredible 51-mile coast, from Barra to Flamengo, to Praia de Forte, all the way to Sauipe. They are sandy, warm, blue, pristine. For equal quality, access is 20 times cheaper than the French Riviera.  According to the British newspaper, The Guardian, Porto da Barra Beach is the third best beach in the world (2007).

The time at the beach, with lunch, was divine. It lasted a few hours. It should have been a full day. However, it was time for souvenir shopping. The buses soon headed to Salvador Shopping, a large mall located on Avenida Tancredo Neves, that catered both to locals and visitors.

At 8:00 PM, the travelers started walking on the Red Carpet. They immortalized their elegance and their glorious moment in Brazil with a photography for posterity. During dinner, the Honorary President distributed the prizes to the winners, pronounced his farewell address, and handed a Travelearn Certificate to each traveler. Throughout the evening, pictures of previous trips were shown on the large screen. Sweet memories, images from the future.

The ritual international dance party lasted until midnight. It was then time to break, to say the official goodbye, to pack.  Most swear to “do it again”, to meet again in Eastern Europe, in Bucharest and Budapest, next year, in June. Until then, ate logo (see you later). It was a wonderful adventure!